I Am The Bear

I Am The Bear

I Am The Bear is a personal story from creator Jerrell L. Henderson about his experience being racial profiled by police on Chicago’s North Shore. It was originally developed as a monologue for the stage.

About the Development of I Am the Bear 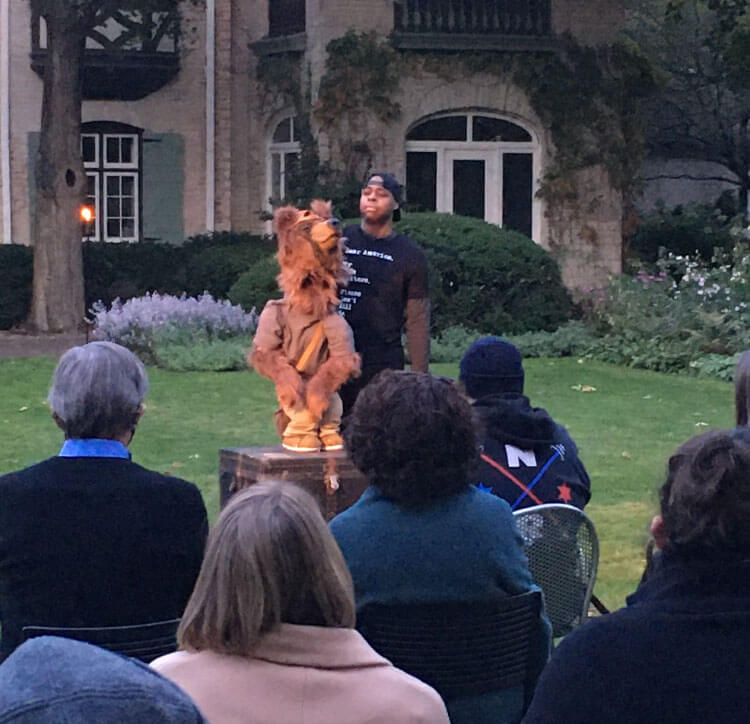 At the onset of the pandemic, The Chicago International Puppet Theater Festival invested in the development of the work to encourage dialogue and support professional puppeteers working in the field.

Henderson worked with Festival Founder and Artistic Director, Blair Thomas and in the fall of 2020, the piece was transformed into a puppet performance for the 2020 Living Room Tour fundraisers on Chicago’s North Shore with support from the Puppet Festival’s Board of Directors and Living Room Tour committee.  The reception was overwhelmingly positive. We thank our many supporters for their consistent thoughtfulness and encouragement to distribute the work more widely.

When the opportunity arose to document the work on video for greater distribution, we applied for and received a grant from the Illinois Department of Health & Human Services Healing Illinois and The Chicago Community Trust to do so.  The piece was filmed on location at Segundo Ruiz Belvis Cultural Center, a past Festival partner for our Free Neighborhood Tour. 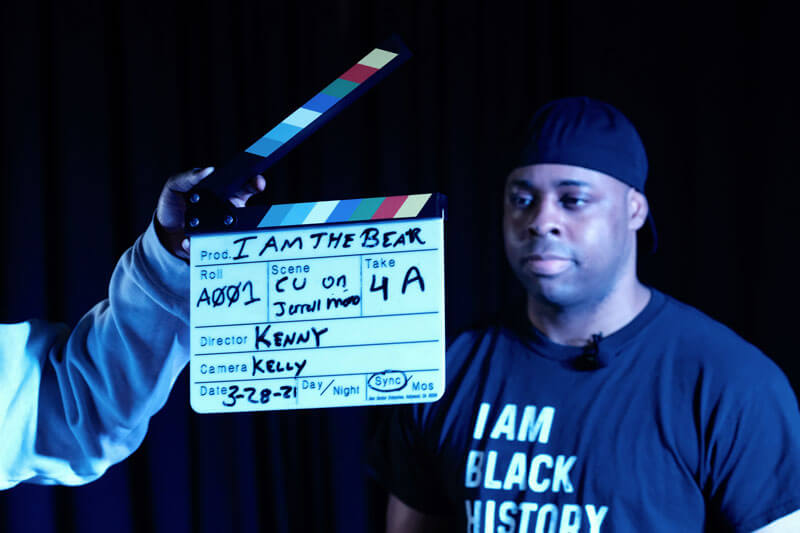 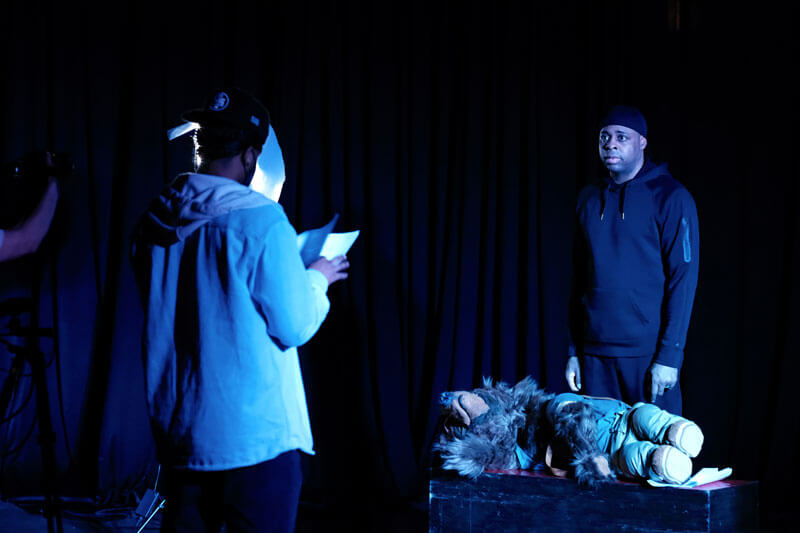 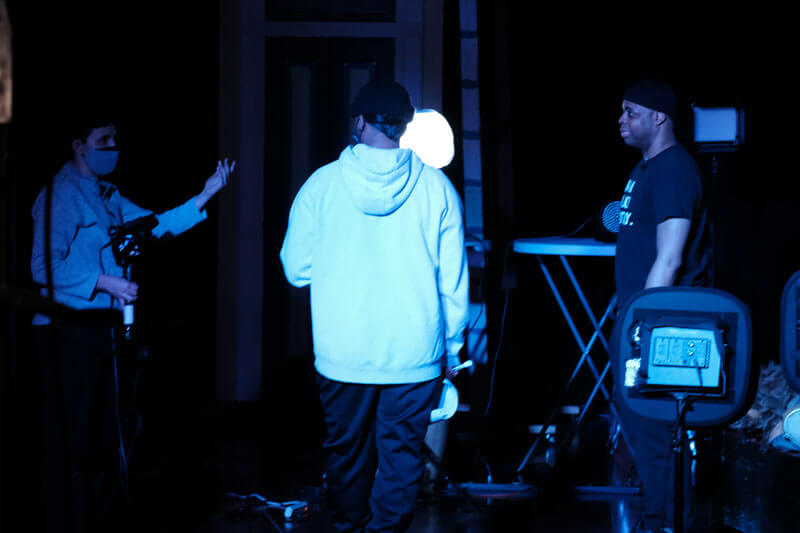 We hope that this piece will be used to open the way for conversation and initiate deeper thought about race, profiling and policing from a place of compassion.  If you know of a facilitator or organization working in racial healing, who might be interested in sharing this work with a group for this purpose, please reach out via info@chicagopuppetfest.org.

A long lineage of essayists has articulated their experiences of the reaction their Black bodies provoke in public spaces. In Black Skin, White Masks (1952) Frantz Fanon builds his chapter on “The Lived Experience of the Black Man” around repeated interjections of “Look! A Negro! I’m scared,” uttered by a small boy the narrator encounters on a train. James Baldwin expounded on the presumed criminality of Black men in a 1969 interview with Dick Cavett saying, “(The police) are a very real menace to every black cat alive in this country. And no matter how many people say, ‘You’re being paranoid when you talk about police brutality’ – I know what I’m talking about.” Thus Brent Staples’ widely anthologized “Just Walk on By: Black Men in Public Space” which first appeared in Ms. Magazine in 1986 opens with the confession “My first victim was a woman – white, well-dressed, probably in her early twenties” even though Staples had committed no criminal acts. More recently Ta Nahesi Coates’ “Letter to My Son” published in The Atlantic on July 4, 2015 counsels “Here is what I would like for you to know: In America it is traditional to destroy the black body – it is heritage.” Jerrell L. Henderson’s “I am the Bear” adds a powerful new dimension to this litany of abuses by using object performance as a means of resistance to the objectification of Black bodies.

“I am the Bear” opens with a shot of a motionless body lying on the ground. At first only the legs are visible in the frame and since they are dressed in khaki pants and sneakers, it is not immediately apparent that the figure is a puppet and that the puppet does not represent a human character. As the camera pulls back, Henderson enters the frame wearing traditional puppeteer’s black, but his t-shirt affirms “I am Black History” in bold white letters and Henderson never effaces himself from the audience’s awareness, even as he skillfully brings the puppet to life. Henderson also chooses not to create a distinctive voice for the Bear character. Thus, when a police officer accuses “You fit the description,” Henderson’s dialogues with the Bear vividly dramatize his sensation that “My brain splits.”

The Dutch angles that capture Henderson’s performance render the trauma of “always looking at one’s self through the eyes of others” a tangible expression of the racialized dysphoria that W.E.B. DuBois first defined as “double-consciousness” in The Souls of Black Folk (1903). Diagnosed with type 2 Diabetes in April 2020, Henderson could not safely participate in Black Lives Matter protests during the pandemic. Still he says, “I had to find some way to exorcise the deep resentment and rage I felt so that it would not settle into bitterness” and he hoped that “maybe in exorcising my own demons, I could help others exorcise theirs as well.” His embrace of object performance to resolve a trauma that has been ongoing since Virginia’s slave patrols first subjected Black bodies to arbitrary search and seizure in 1726 is a truly radical model of self-care.

Paulette Richards is a puppet artist and independent researcher based in Atlanta. She co-curated the Living Objects: African American Puppetry exhibit at the University of Connecticut’s Ballard Institute and Museum of Puppetry with Dr. John Bell in 2018. Her book Object Performance in the Black Atlantic is forthcoming from Routledge in 2022.

About the Puppeteer, Jerrell L. Henderson 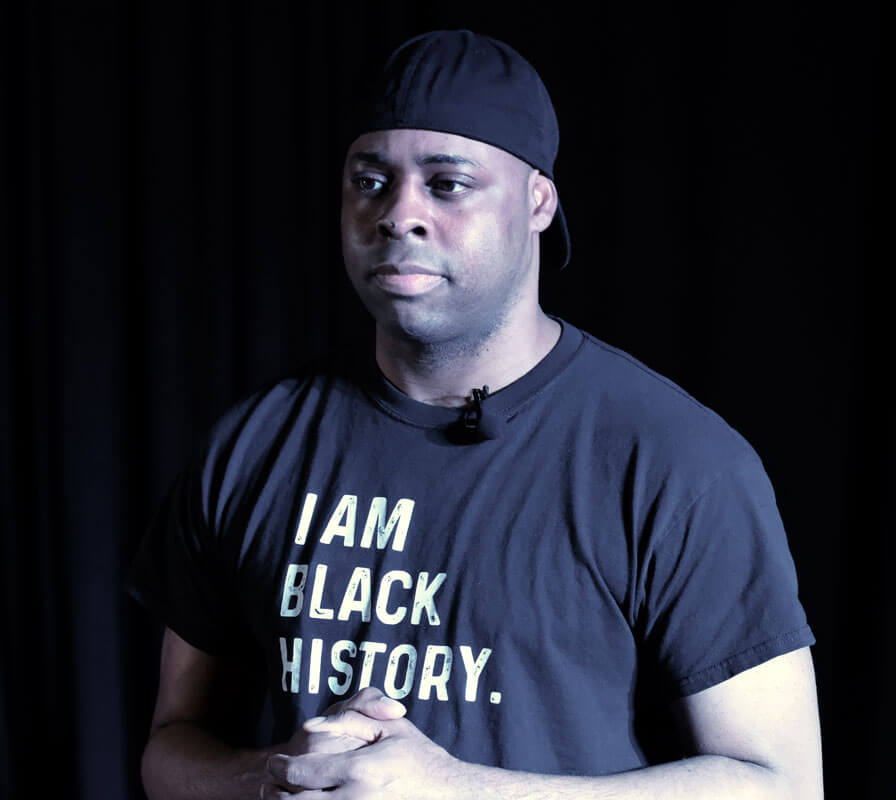 Jerrell L. Henderson is a Theatre Director, Puppeteer, and Professor of Performance Studies. Puppet Short Films include Hamlin: La Revue Sombre with Handmade Puppet Dreams and Diamond’s Dream with Chicago Children’s Theatre. His Juneteenth Puppet Protest: The Welcome Table was featured in the New York Times (June 2020) and his Fall 2020 puppetry celebration of the lives of John Lewis and C.T. Vivian titled Black Butterfly was later expanded into an educational performance piece. As an assistant director, Jerrell has worked with The Goodman Theatre, Steppenwolf Theatre, and Lookingglass Theatre. He received an MFA in Directing from Northwestern University, is a member of the Lincoln Center Directors Lab (2012), an Artistic Associate of Black Lives, Black Words, and a Henson Foundation sponsored participant at the Eugene O’Neill Theater Center National Puppetry Conference (2020). To learn more about Jerrell visit: www.jerrell-henderson.com