The Chicago International Puppet Theater Festival is excited to announce the 2nd year of The Chicago Puppet Lab, a developmental lab for Chicago artists creating new, original puppet theater work. Co-directors Tom Lee and Grace Needlman will mentor this incredible cohort over an 8-month period culminating in a mini-festival of works-in-progress. 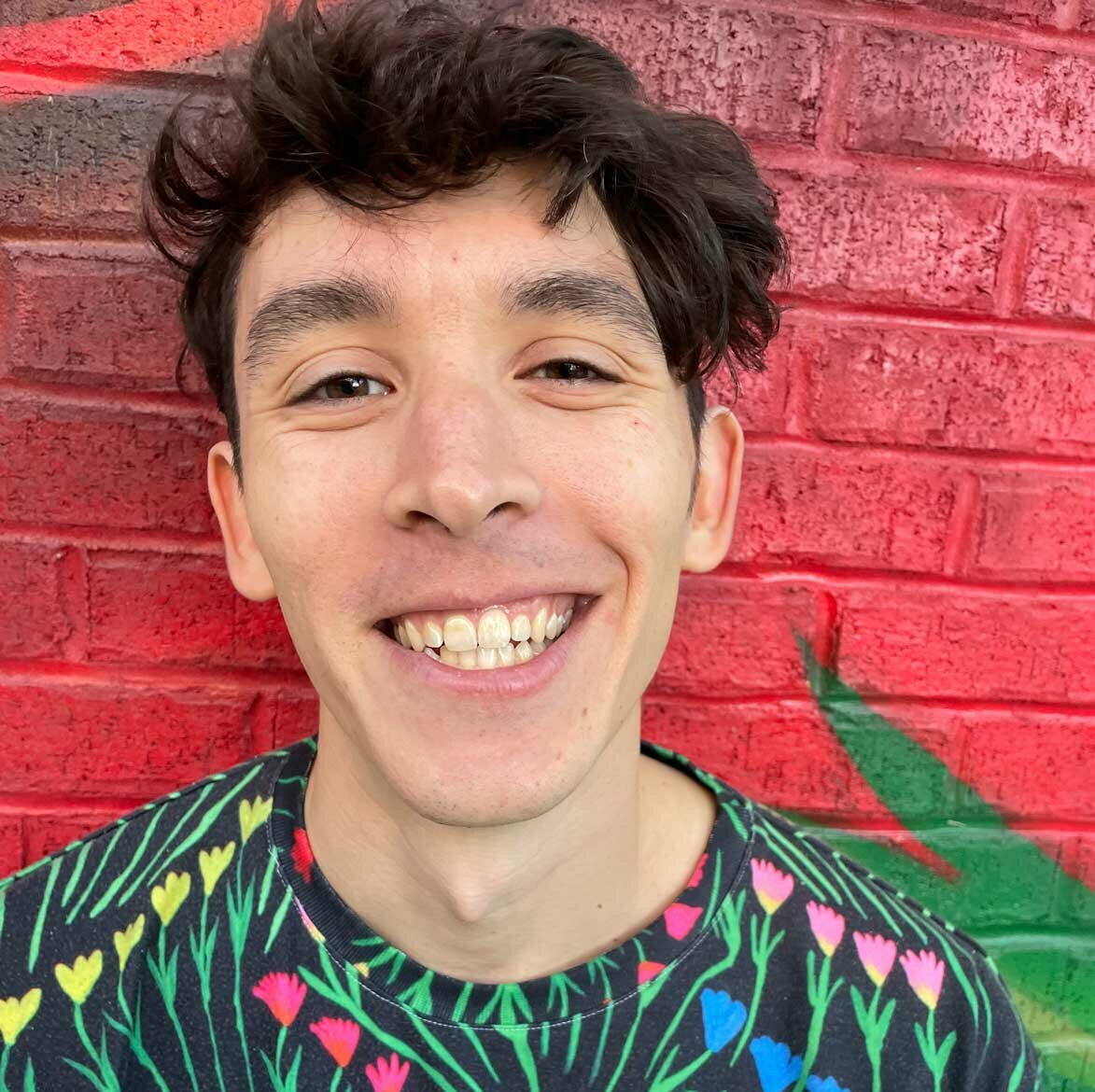 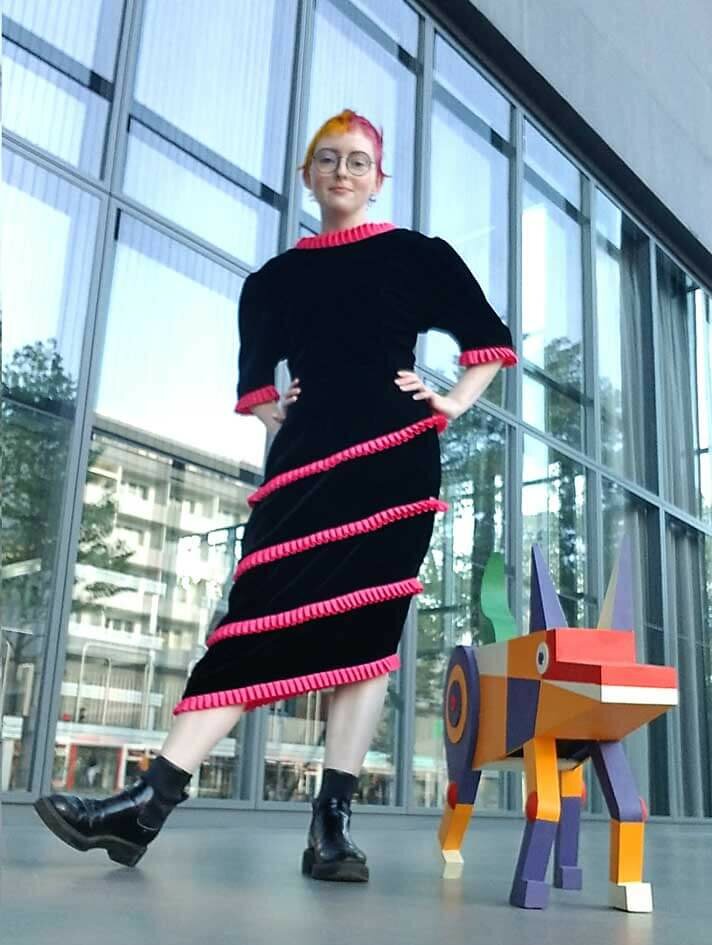 August Boyne is a multi-faceted musician and educator.  Since graduating from UIC with a degree in music performance, he’s grown a deep passion for unorthodox storytelling.  In 2018 he directed and composed his first original stage production at the St. Louis Fringe Festival, a sci-fi ballet entitled “Perennial Growth”.  Chicago Puppet Lab will be August’s second time producing original work for the stage and first time seriously exploring puppetry, both of which he’s over the moon about :^).

Jacky Kelsey is a soft sculptor informed by a background in drawing and puppetry. They maintain a strong belief that art is an essential outlet for play, and that play is a necessity for all. Based in Chicago, they have experience as a seamstress, upholsterer, costume maker, and puppeteer. These niche skills inform their sculptural work, which deals with themes of body, comfort, neurodivergency, and queer identity. 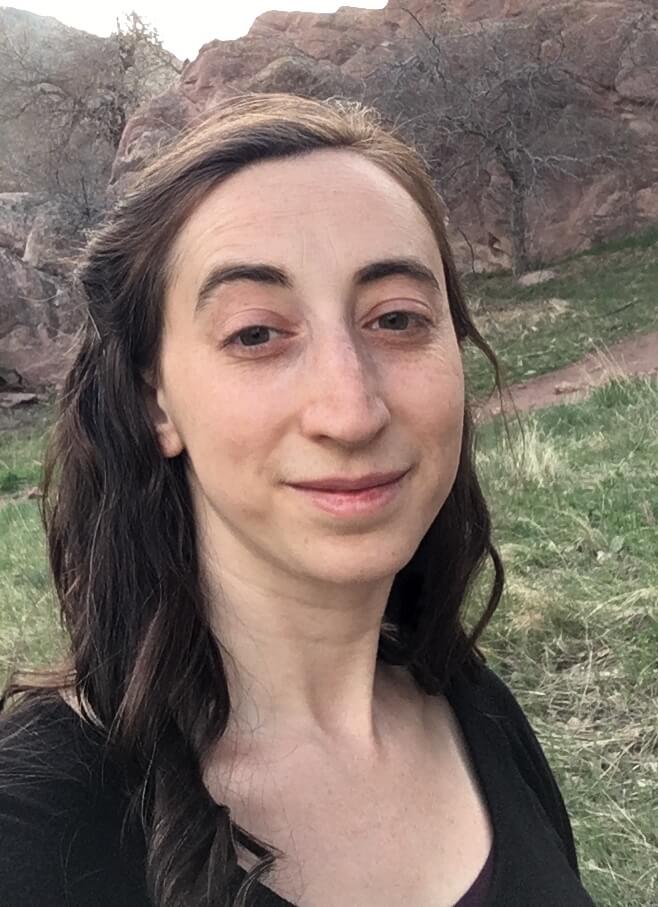 Rachel recently graduated from Wilbur Wright College and is beginning a career as an occupational therapy assistant. She enjoys integrating the arts and wellness to create meaningful experiences. In her fieldwork placement at the Midwest Brain Injury Clubhouse she collaborated with individuals with brain injuries to devise a theatrical production with puppetry called Why the Sky is Far Away: A Nigerian Folktale. Over the last decade, Rachel has taught dance combined with social and emotional learning in the Chicago Public Schools. Currently, she is teaching dance, yoga, and movement classes for people with disabilities. She is passionate about puppetry and began exploring her interest in puppetry at Redmoon Theater in 2007. Her puppetry work and dance practices are rooted in breath, body awareness, communication and interconnection. Jewish mysticism and rituals have a strong influence on her visual artwork. Rachel grew up in Colorado and was raised to see Judaism through the lens of nature. Each Shabbat she walked to synagogue on a trail next to a creek while her mom told her stories of nature, Torah, and family. 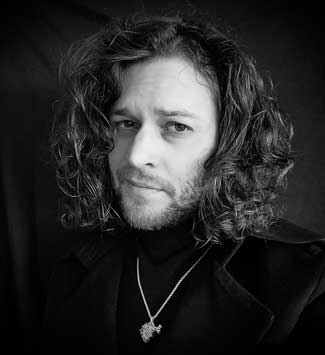 Sion Silva is an emerging multi-media fine artist whose work primarily focuses on a personalized mythology based on the history and philosophies of religion and Cronenburgian aesthetics. To further elaborate; most of their work involves a series of short stories all taking place within the same universe, depicting a primordial earth and the origins of life. Outside of this they work as a free lance fabricator delving in sculpture, puppet making and concept design. Their recent work has involved fabrication for Chicago Puppet Chicago Festival, Rough Houses: ‘HOUSE OF THE EXQUISITE CORPSE 2022’ and performances at ‘Nasty, Brutish, & Short’. 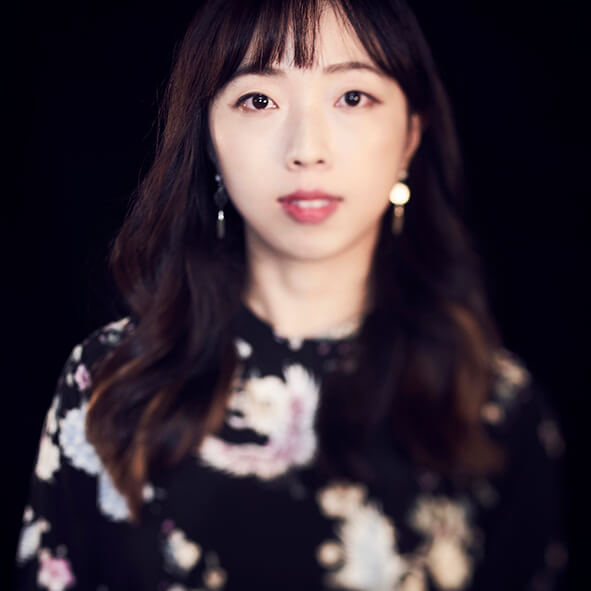 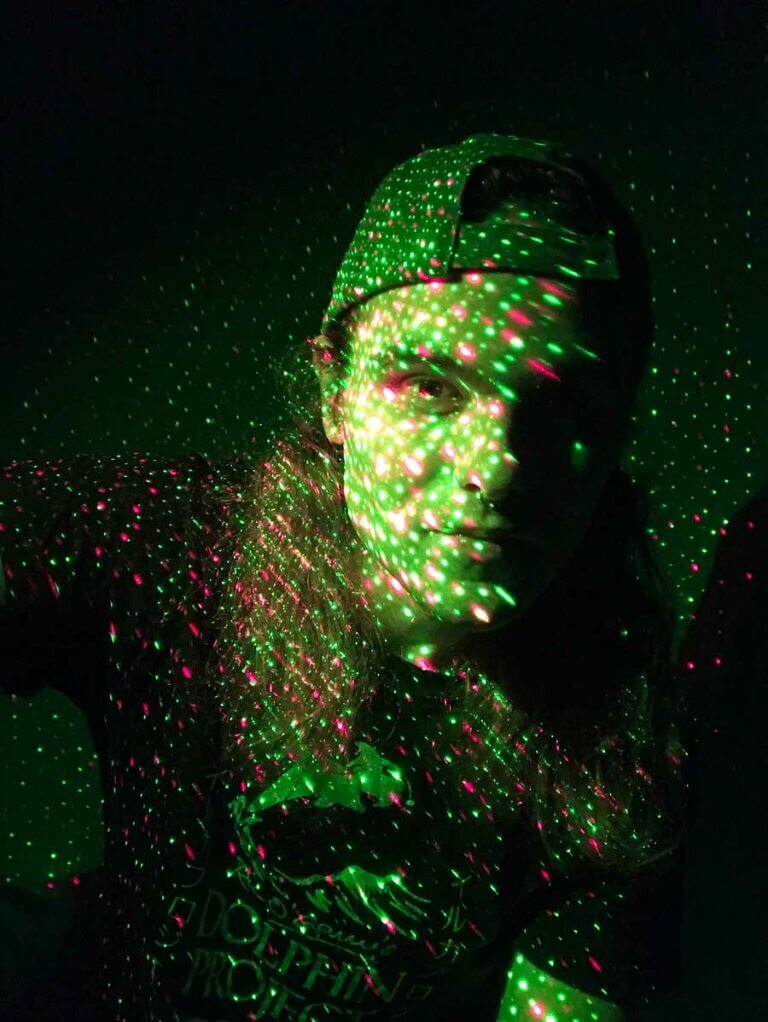 Jaerin Son is a puppet artist, play director, and set designer originally from Korea. Her work includes plays, performance with movements, and dances. Her work often involves surreal images to depict a vivid reality of the real world rather than a rendition of illusion. Back in Korea, Son directed her own performance works such as This is Not Shakespeare, Taste of Memories, and Dreadful Time. She designed stages for the World Cyber Games Festival in China, Odyssey (directed by Youngho Gwon) in Korea, Vancouver (Ma-Yi Theater) in Chicago. She is currently working as a puppet and scenic designer and Popup book puppetry instructor at the Chicago Puppet Studio, and in 2022, was nominated as one of the 2022 fellowship artists from Links Hall.

Kevin Michael Wesson (he/they) is a 28-year-old puppeteer/playwright based in Chicago. Originally from Tampa, FL, he received a B.A. in theatre arts from the University of South Florida. He’s had his work read, performed, and transmitted from NYC to Alaska, but his recent puppetry credits include: Where We Go Together or The Flashlight Play (Tour), House of the Exquisite Corpse (Chicago), CAMPOUT: A Night Out In The Woods (NYC), Dr. Seuss Experience (Chicago), as well as the publication of his puppet play, Follow Her, in the infamous direct action publication Earth First! Journal. His works have received mention in American Theatre Magazine, No Proscenium, & nomination for the National Puppet Slam. Currently, he is an artistic associate of the Chicago-based puppet theatre company, Rough House Theater, a founding ensemble member of the performance art company, Stop Motion Plant, and an ensemble member of the physical theatre company, Theater Unspeakable. 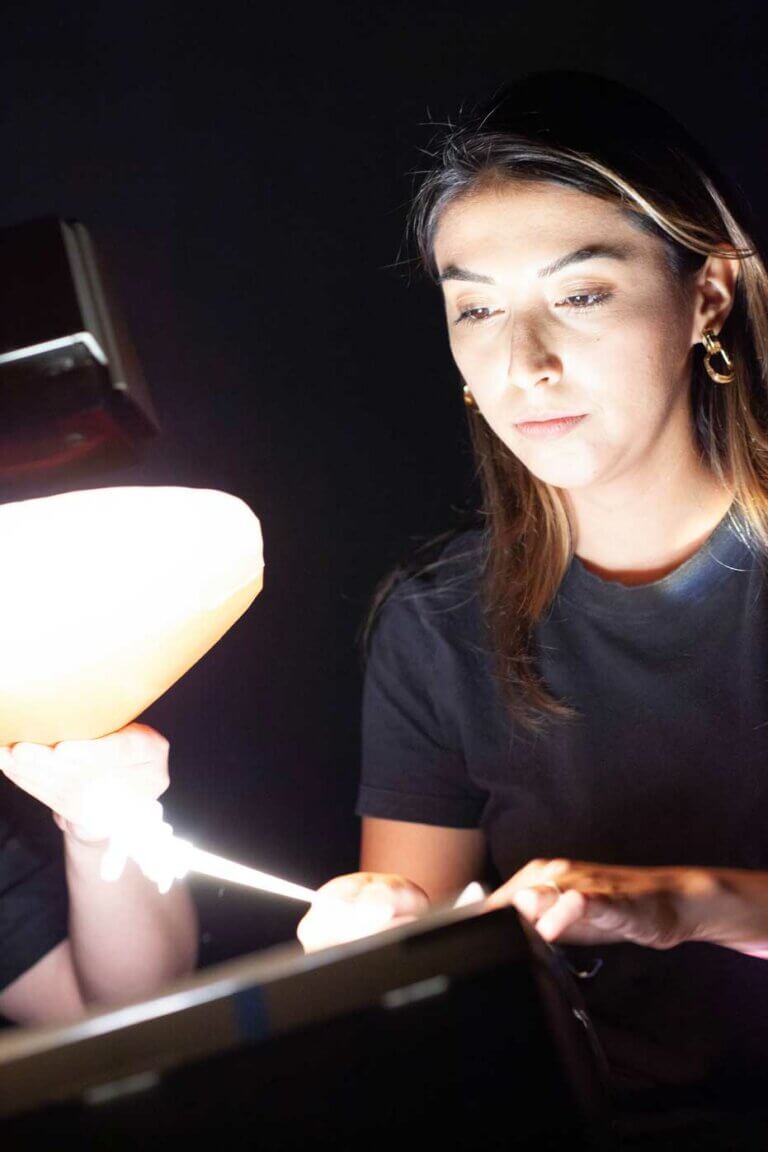 Rocio “Chio” Cabrera is a director, puppeteer, puppet designer, prop designer, and marketer from the West Side of Chicago. She is a Mexican-American artist seeking to share new and traditional Hispanic stories through puppetry. She is interested in clashes with bureaucracy, exposing history, and exploring Truths. In her current work she explores the cultural influences and relationships between Spain, Mexico, Pre-Hispanic Indigenous Peoples, and the United States. Chio has worked with Strawdog Theatre, Rough House Theater, the Chicago International Puppet Festival and Opera-matic. 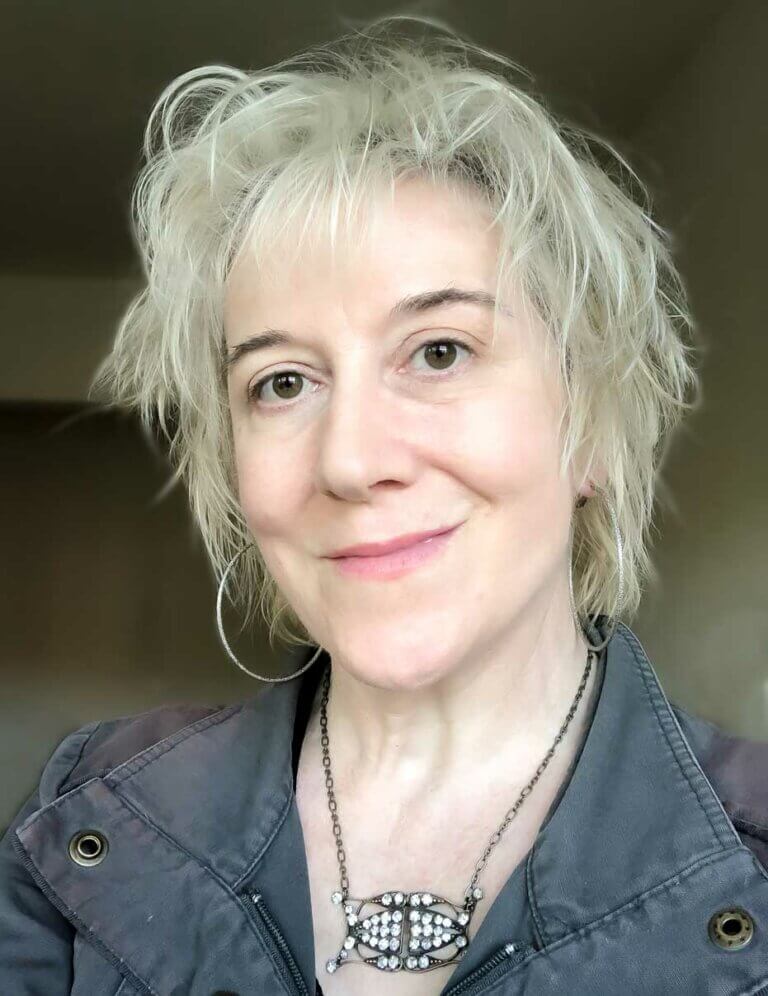 Gretchen is a Chicago-based storyteller working in comics, video, animation, murals, and installation. She co-founded Agitator Artists’ Co-operative in 2017, and since then curation has also been a crucial part of her practice.

Gretchen’s documentary videos for social justice campaigns have educated policy makers, informed the general public, and inspired new activists. Her narrative videos have screened nationally and internationally. She publishes her ongoing graphic novel, Freaks’ Progress, in monthly installments online and in print through Activator magazine out of Springfield, Illinois. In 2021, she published the first two volumes of Agitator Comics!, an open-theme compilation.

Gretchen received her MFA in Film, Video and New Media from the School of the Art Institute of Chicago. In the summer of 2022 she completed a two month residency at Buinho Fab Lab in Messejana, Portugal, where she focused on fabrication and robotics. She is the recipient of a 2021 Make A Wave nomination-based grant from 3Arts in Chicago; a 2022 VIDA: Women in Literary Arts Fellowship for Writing Residency at Sundress Academy for the Arts in Knoxville, Tennessee; and a 2022 Esteemed Artist Grant from Chicago’s Department of Cultural Affairs and Special Events (DCASE). She teaches drawing and writing at Saint Xavier University in Chicago. 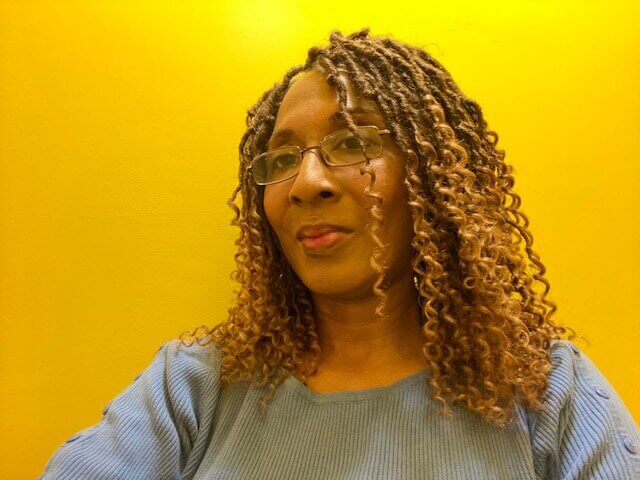 Jacqueline Wade is a native of Philadelphia who has recently moved to Chicago. Jacqueline Wade’s goal is to create works of art as an activist artist that deal with the human condition, race, and social justice issues. She wants to make positive changes and actions through her work. She wants to empower others. Jacqueline comes from an extensive theater background of acting, directing, playwriting, puppetry, teaching, producing, and film work. She combines theater with documentary and narrative filmmaking, animation along with interactive media and puppetry. Jacqueline is a graduate of Temple University Theater Department, has attended Circle in the Square Two Year Certificate Actor’s Training Program in New York City, holds an MFA Degree from the City College of New York and an MFA from Hunter. Jacqueline Wade has performed in many plays at various regional theaters throughout the country, including Milwaukee Repertory, Wilma Theater, Williamstown Theater Festival, LaMaMa E.T.C., Classical Theater of Harlem, and many other theaters. She has also written 20 plays, including “Black Panther Women,” and directed over 35 plays and performance art pieces. Jacqueline’s 18ft Mumia puppet has gone on marches and demonstrations for Mumia Abu-Jamal, and her Giant 20 ft Mother Earth Puppet that has been used for Veterans for Peace. She has published and lectured widely. She is a member of AEA and SAG-AFTRA. She was a semifinalist for Fulbright 2021. 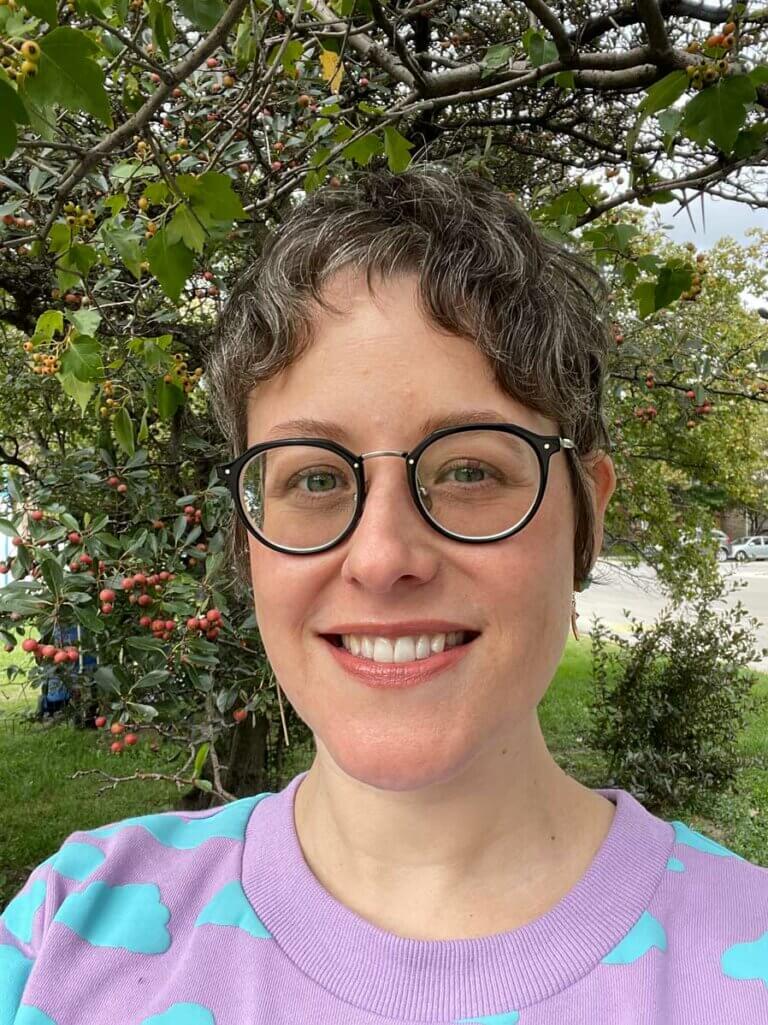 Laura Torres is a multi-disciplinary artist based in Chicago, IL. She has produced work in sculpture, installation, film, and performance. Her current creative focus is in training, coaching, and performing wirewalking. She holds an MFA from School of the Museum of Fine Arts Boston at Tufts University.