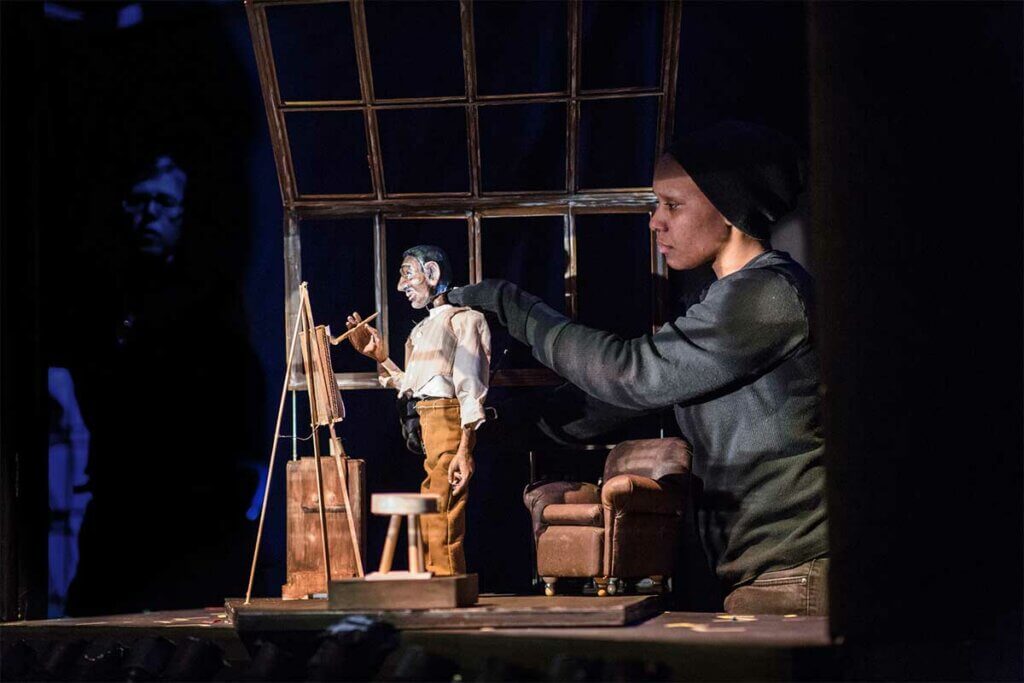 Dreaming, Torry Bend’s collaboration with playwright Howard Craft and director JaMeeka Holloway, examines the racist legacy of comics and animation by following two men deeply affected by Winsor McCay’s comic strip Little Nemo in Slumberland. In a world where comic book characters live side by side with real people, Malachi Washington works to free comics cast in prejudiced bodies while Winsor’s son, Bob McCay, seeks to revive the old comic strip. What follows is a compelling story of reckoning and racial healing.

Torry Bend is a puppet artist and scenic designer, her puppetry has been seen across the country including, La MaMa’s puppet festival, The Great Small Works International Toy Theater Festival, and at multiple Puppeteers of America Festivals. Her work The Paper Hat Game, is a New York Times Critic’s Pick, a Drama Desk Award nominee, received the Best Toy Theater award from the Puppeteers of America Festival and a UNIMA citation, the highest honor in American Puppetry. Her scenic design has been seen across the country including, La MaMa experimental Theater Club (NYC), Children’s Theater Company (Minneapolis), The Getty Villa (Los Angeles), Playmakers Repertory Theater (Chapel Hill, NC) and Detroit Public Theater (Detroit). She has received grants from the Henson Foundation, the Mid Atlantic Arts Foundation, Foundation for Contemporary Arts, Jerome Foundation and the Minnesota State Arts Board and is an Associate Professor of the Practice at Duke University.

The Chicago International Puppet Theater Festival is the preeminent event dedicated to the artform in the U.S. The Festival spans 10 days and dozens of Chicago venues, sharing 100+ puppetry activities for 14,000+ guests. Since its launch in 2015, the Festival has highlighted artists from nations such as Iran, Korea, and Chile as well as from Europe, Chicago and across the U.S. with the goal of promoting peace, equality, and justice on a global scale.