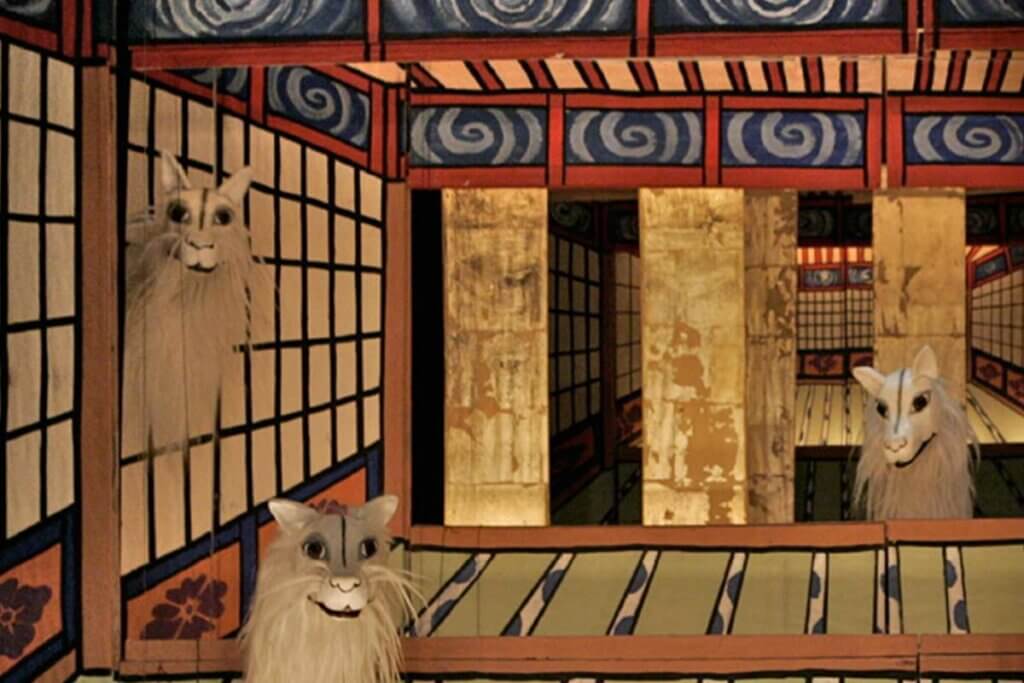 Master puppeteer Basil Twist, recipient of the Rome Prize, hailed for his work on Broadway’s The Addams Family and The Joffrey Ballet’s Nutcracker, unfolds an intimate, abstract, contemporary journey of images and emotions in Dogugaeshi. The piece is influenced by the rarefied tradition of Japanese dogugaeshi stage mechanism technique and his own encounters with the remaining rural caretakers of this once popular art form. Winner of the 2005 Bessie Award and an UNIMA Award for Excellence in Puppetry, Dogugaeshi features original shamisen compositions created by authorized master musician Yumiko Tanaka and performed live by the highly accomplished, distinguished virtuoso of Japanese koto and shamisen in both traditional and contemporary music: Yoko Reikano Kimura.

This event has been postponed to 2023 due to shipping issues

Basil Twist, born in San Francisco, based in New York, studied at the École Nationale Supérieure des Arts de la Marionnette, becoming its first American graduate. He is Director of the Dream Music Puppetry Program at HERE, New York. He won a Drama Desk Award for his puppetry in Broadway’s The Addams Family, created puppets for Broadway’s Charlie and The Chocolate Factory, worked with Christopher Wheeldon on The Joffrey Ballet’s reimagined Nutcracker, and contributed to the film Harry Potter and the Prisoner Of Askaban. His own productions include Symphonie Fantastique, Petrushka, Dogugaeshi, Behind the Lid and Arias with a Twist, a collaboration with Joey Arias. Theater work includes co-directing A Streetcar Named Desire with Lee Breuer for the Comédie-Française. Twist’s work in opera includes directing and designing Hansel and Gretel for Houston Grand Opera and Resphighi’s puppet opera La bella dormente nel bosco for Gotham Chamber Opera. basiltwist.com