For the next 10 days, Chicago will be the puppetry capital of the world.

Artists from South Korea, Canada, France, Chile and other countries join local puppeteers to stage visually rich theatrical art. Much of it is for families – some is strictly for adults.

Chicago Tonight goes behind the scenes at the Chicago International Puppet Theater Festival to find out who is pulling the strings. Watch on WTTW. 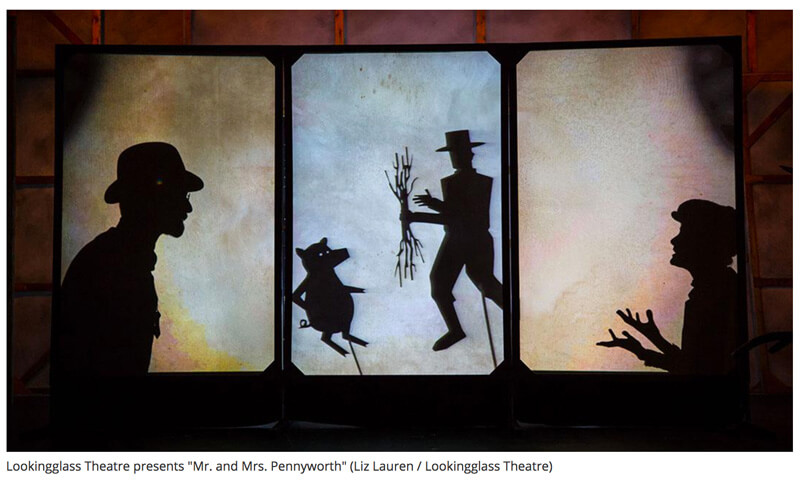 Phil Ponce: At the Museum of Contemporary Art, the Chilean theater group “Silencio Blanco” rehearses the true story of a miner who provides for his family by doing dangerous work.

The story comes from the headlines – and the puppets are made from newspaper.

Consuelo Miranda, “Silencio Blanco”: It’s material that you can find anyplace. It’s newspaper with a little glue and masking tape. And that’s all.

Ponce: It is the company’s first visit to the United States, where they are participating in the second Chicago International Puppet Theater Festival.

Miranda: We’re happy to share in this festival with other puppetries of the world and different kind of puppets, and different shows, so we’re excited to … it’s an honor to be here.

Ponce: At the Fine Arts Building, final preparations are being made for a citywide pageant of puppets.

Blair Thomas, Chicago International Puppet Theater Festival: What I look towards in drawing the performances into this festival is, ones that are telling stories, because story is a very strong tradition in the Chicago theater and so I’m bringing the puppetry arts to theater audiences here in ways that they can access.

There are pieces that are more abstract, because puppetry is a theatrical language in and of itself, so it’s not entirely tied to story. 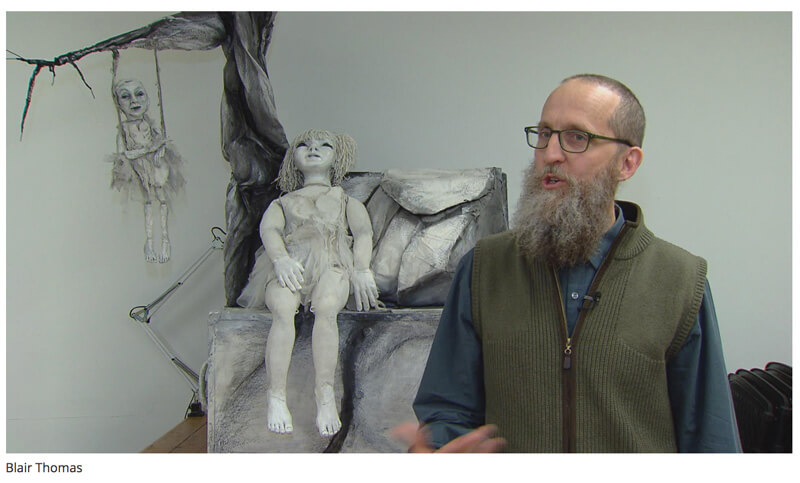 This year’s festival has more international acts and more acts in it. We have work from seven different countries being presented, and over 90 performances in our 10 days this year.

Another thing that’s distinctive this year is we have a thing called the festival neighborhood tour, and the idea of it was that a small collection of works – three shows – this is one of them here – will tour to these public places, Park District venues, and the idea is almost this notion of, for one day the circus comes to town and people can come and see free performances during the course of three hours there.

Ponce: The venues range from Andersonville to Beverly to Garfield Park – and most do require an admission fee.

The city holds an unusual distinction in this handheld theatrical art.

Thomas: Chicago holds a unique position because this is the town where an artist working 100 years ago coined the term “puppeteer,” in fact in this building that we’re here in now – and it was the first time the word was used.

Ponce: Back at the MCA, the Chilean puppeteers see themselves as silent players.

Miranda: We try to be like ninjas, so we are all in black, because we gave all the importance to the thing that is the puppet. We are three persons behind one puppet.

Ponce: Other festival productions include adaptations of Franz Kafka, science-fiction, and even performances of a more adult nature.

Presenting theaters include Lookingglass, Victory Gardens and the House Theatre of Chicago.

This biennial festival is committed to providing an ancient form in modern ways.